Downtown Austin is a fast growing, eclectic, artsy, techie, hippie, historic, chic, intellectual -  the list keeps going- and of course weird neighborhood. Urbanites are flocking to Downtown Austin's condos and lofts. A pedestrian friendly neighborhood, but there's no need to walk when the downtown trolley, known as the 'Dillo (for armadillo) hits most of the downtown tourist spots, as well as providing commuter service in the downtown area. Historic reproductions of trolley cars will take you to, from, and through downtown Austin from the north end of Congress Avenue to south of Lady Bird Lake or east and west including the 6th Street Entertainment District. Known as the Entertainmen 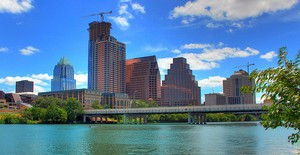 t Capital of the World, with live music in more than 100 venues nightly, the condos and lofts of Downtown are close enough to the action to be a temptation, but far enough away to not be an annoyance.

The Downtown Neighborhood Association holds an annual downtown living tour, usually in May, and hosts "The Urban Core", a monthly social gathering for downtown residents, plus DANA maintains an extensive calendar of downtown events on its webpage.

Small and one-of-a-kind boutiques selling clothing, home furnishings and artwork have continue to multiply along with restaurants, galleries and other specialty stores. Grab a table on the deck of a favorite watering hole, perhaps the Cedar Door on Brazos Street, or try of Austin's growing number of upscale spots.  Anyone for cocktails at the Ice Bar at Molotov 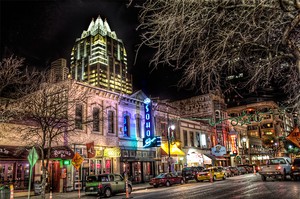 on Sixth Street for a change of pace?

Almost everything anyone could need for daily urban living is within the boundaries of Downtown Austin. Getting around is easy walking , biking or riding the Dillo - check out this map of Downtown.